Too many websites and newspapers, including The Times and The Daily Mail, are pointing out today (Tue 4 July) that moody women cannot blame their period, according to the “largest and longest study of its kind” on how sexual hormones influence cognitive functions. Funny, the study is on cognition. Media insist on mood. Food for thought, maybe coupled by Dr. Robyn De Luca’s powerful TEDTalk.

Back to the “largest and longest” study, we dug a little further and found out that researchers monitored…a couple of cycles. Yeah, just a couple, why? Sure, only two like 2, one plus one, less than three, more than one *optional musical interlude.

Blinded by this unprecedented insight (from 68 women!), researchers from Hanover and Zurich have gathered to announce that:

“(…) the literature on associations between hormonal changes during the menstrual cycle and cognitive functioning is prone to inflated effect sizes and probable false-positive findings due to methodological biases and random variance. In the present study we found no consistent and meaningful associations between prefrontal cognitive functioning and fluctuations in hormone levels that replicated across two menstrual cycles, considering both inter-individual differences and intra-individual change. Regarding the inconsistencies in the published literature and the various methodological limitations in studies with positive results, we suggest that caution is warranted when conclusions are made for specific hormonal effects on cognitive functioning.” (Italics and bold not in original text).

They suggest caution, and, boy, it’s in order!

In an effort to distinguish their results as of higher quality than the majority of studies out there, they quote profusely Prof. John Ioannidis in their introduction. I amuse myself thinking what’s Ioannidis’ take on the “longest and largest study” of this kind. If I were a fly I would peep on Prof. David Spiegelhalter’s reaction over coffee this morning, before he took office as statistician and professor for public understanding of risk at Cambridge University. Just last week he told The Times that ‘Most scientific papers contain inflated claims’ (30 June 2017).

This “longest and largest study of its kind” presents a second major problem. Researchers did find impairment of cognitive functions during the first cycle. However anecdotal evidence was not confirmed during the second cycle. Mmmintriguing! Let’s see next ehm.. “nöö, sorrz, nur zwei Zyklus. Es tut mir leid”. Ops. We think this scientific article is the perfect example of plague denounced by Spiegelhalte and Ioannidis. We will try to bring it up at the seminar organised by Clue here in Berlin next Thursday, on hormones and body-mind changes with Clue’s Chief Science Researcher, Anna Druet.

On more general terms, media and their titles should stop perpetuating the myths De Luca speaks about while people should be able to filter information like this and put it into the category: peremptory machistas.

“Period brain’ is a myth: Biggest study of its kind reveals the time of the month does not affect a woman’s mental agility” – Daily Mail online

“No such thing as ‘period brain’ scientists find” – The Times

I wonder what Mr. Putin could add to the conversation, probably that it’s not your fault if you have bad days, you are a just woman (Guardian, 8 June 2017).

When bestsellers make mistakes – a review of Moon Time by L.H. Pearce 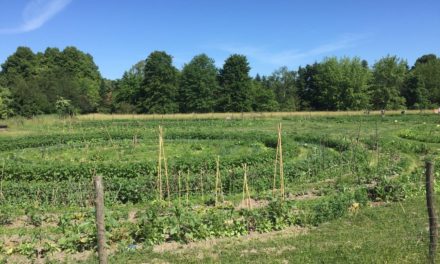 The Teachings of Weed

Menstrual education should be fun